Let’s face it, every parent DREADS potty training! It’s trying, tiring, frustrating and really brutal! My daughter was fully trained in underwear both day and night by her second birthday and I’m here to share my tips with you!

#1 (and frankly the MOST important) – Does your child show interest in using the potty?

Ask yourself the following questions:

Taking note of the answers to a few of those questions will make it easier for you to determine if they are “ready” or not. Trying to force the subject will do nothing but set both you and them back. Some train earlier and are easier to train, others…. Not so much. Be patient! They won’t be going to high school in a diaper! They’ll do it eventually!

#2 – Figure out how to reward your child.

You are the parent, you know them the best. Find a way they like to be praised and stick to it. My daughter, it was a sticker chart that she updated and a chocolate after each success. If she went a whole week without an accident, she was allowed to pick a “big” prize. When I mean big it wasn’t anything crazy, I raided the clearance section at Chapters for some cool stuff. It’s all about praise. Make sure you make a HUGE deal of it when they have their successes.

The worst thing you can do is get frustrated with your child if they have an accident. They are too young to realize you are not mad at them but actually mad at the situation and the inconvenience. You will turn them off potty training if you vocalize only the times they have accidents. Take some time off work, spend the time with them and literally ask them every 20 minutes if they have to go to the bathroom. It’s really as simple as reminding them about the potty. Then it is top of mind and they are less likely to have accidents.

The whole night thing is a different story. My daughter was dry over night for two weeks before I got the courage to put her to bed without a diaper. She has had two accidents overnight in over a year and a half and neither time wet her sheets. She had stood up in her crib and yelled for me that she was, “Having and accident,” as she was going. She actually barely peed at all, I took her to the bathroom both times and she went on the potty. 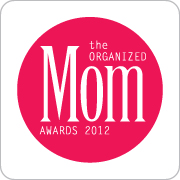