I’m at the gym waiting for my spin class to start and I’ve started to wonder how I got to this point – or should I say weight.

I have surrounded myself with pics of me at my ideal weight – or the weight that I’ve been the happiest at. Ironically, it’s from right before I got married. Six years ago. SIX YEARS! I don’t know why I gained 15 lbs almost instantly after my wedding – well maybe I have a few theories. 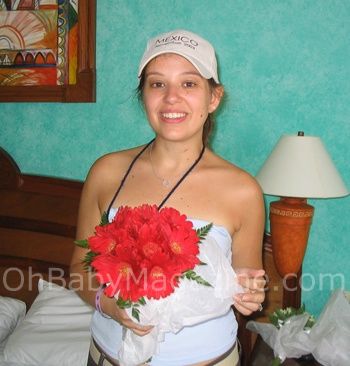 This is what I started out as.

Then a year after getting married I became pregnant with my first – Joy! These were a busy 10 months of a 60 lb weight gain. 40 lbs came off effortlessly within three months of his birth, but I still had those extra twenty to lose.

I wanted to have another baby and I was determined to lose the extra weight before my second pregnancy. Well, that didn’t work out so well! I breastfed for 14 months and told myself that I shouldn’t diet while breastfeeding, I had very little time for exercising because I had two babies to look after: my son and my new magazine. I was busy and after a few feeble attempts at exercise, I gave up and it didn’t work out (clearly, neither did I).

After about six months of me trying to get pregnant again, I decided to give up. I was putting off weight loss, because I thought, “Why bother? I’m going to get pregnant anyway.” I was going to hire a personal trainer – Nick and I discussed it and agreed that it was a good investment. I found a trainer nearby, I met with him, had my fitness assessment and bought a package. I had one workout with him, woke up the next day took a pregnancy test and bam! I was preggers. There was no way I was going to spend money on my personal training while I was pregnant. No way, Jose. So I called my new trainer and told him my great news and asked if I could get a refund – I mean everyone knows that you’re not supposed to start a new exercise regime if you’re pregnant right?

Guess what I got from him? “Are you sure?” (uh, yes I’m sure I’m pregnant) “I know your first session was hard, but you need to work hard if you want to see results.” HELLO! I’M PREGNANT! So, to cut what could be a very long story short, he didn’t believe me, but I got my money back anyway.

So my son turned two and I became pregnant again. Without having lost a single pound.

When you get the taste of eating whatever you want during pregnancy – my mother’s advice – it’s really hard to control that. I became a bit of a dessert whore.

My second pregnancy I gained another 50lbs. Only this time only 30 lbs melted off in those first few months. I breastfed my daughter for 16 months… and guess what? After I stopped, I gained another 10 lbs. I must have pissed in someone’s cornflakes. This fat thing is just not for me.

So here I sit waiting to spin. Now I have three babies (magazine included). And I am overweight. I have been spinning regularly for about a year and have lost a total of 8 lbs. I’m still 55 lbs away from my goal – my original start weight. 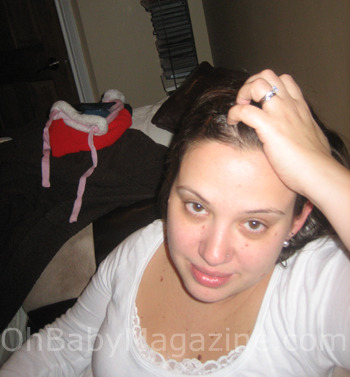 Steph, who has been with Oh Baby! Magazine since April 2010, is Booty Camp Fitness’s biggest fan. I’m not kidding. This chick must have been brainwashed. She loves these ladies, and she has gotten some great results. So she brought our attention to them and we are currently running a contest – if you haven’t already entered, please do so here. Anyway, I’ll get to the point – I don’t want to make Steph look weird about her obsession with them – I’ve been offered to join a session. Since I can’t leave my kids to go to a fat camp, I’ll go to Booty Camp.

Twice a week for four weeks I will go to their classes. The clincher? The closest one to me is at Christie Pits Park with some of the craziest hills in the city.