Who will be adding to their families in 2012? We can’t wait to see pics of Jessica Simpson’s first child. Not to mention baby No. 3 for Ben Affleck and Jennifer Garner! Read below for the 10 most-anticipated pregnancies of 2012. 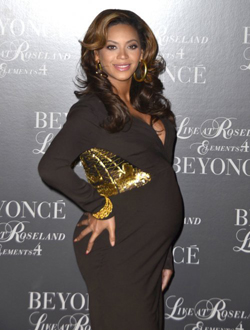 After a surprising pregnancy announcement on stage at the MTV VMAs, we’ve been dying in anticipation for baby news ever since! It’s been confirmed that superstar Beyoncé and rapper hubby Jay-Z welcomed a baby girl on Saturday, Jan. 7 via C-section whom they named Ivy Blue Carter. Their good pal Gwyneth Paltrow confirmed the happy news on Twitter: “Welcome to the world Blue! We love you already,” she wrote, and clarified, “It’s Blue Ivy Carter!”

Our favorite celebrity parents of 2011, Jennifer Garner and Ben Affleck, will be adding to their adorable brood any day now. The high profile couple are already parents to darling daughters Violet, 6, and Seraphina, 3. We can’t wait to hear if the baby boy rumors are true!

After months of speculation, singer/entrepreneur Jessica Simpson, 31, announced she’s expecting her first child with her fiancé Eric Johnson in late October. Jess has been very open about her various pregnancy cravings. The latest? “Kraft mac and cheese with Lawry’s seasoning salt is the breakfast for pregnant champions!!!,” she shared.

The Kardashian klan is growing! Reality TV mama Kourtney Kardashian and beau Scott Disick are adding to their family. The on-again-off-again couple, who are already parents to son Mason, 2, recently announced they are expecting their second child. And it sounds like the pregnancy cravings are alive and well for the gorgeous expectant mama. “What should I make for lunch? I’m SO hungry!,” Kourt tweeted.

Click here for the other five celebs expecting in 2012! I’ll give you a hint, one’s a supermodel and one’s a star in the Twilight Saga… Also you’ll want to check out pics of these 10 expecting mamas!