At the same time, new moms often ask “My baby is 11 months old, is it too late to start signing with her?” Anyone who has the privilege of working with new parents should encourage them to late the mommy (or daddy) guilt go! Yes, those first early ‘baby’ signs are amazing but I found that my children sign the most when they were toddlers and this was after their first spoken words arrived.

Becka Marsch is an Early Childhood Educator in Saratoga Springs, New York and she comments, “I did, it (signing after speech) is still useful. I sign when I need to tell the kids something when they are outside, or in a place where they are not next to me.” Life gets busy after baby with hockey practice and gymnastic lessons. Using sign with your older children will help you communicate with them through viewing windows and hockey glass.

Elizabeth De Santis, an early childhood educator from Chatham Ontario shares her family’s story, “My little man is two years old and I find we are signing more then ever. He can easy get frustrated and so it helps but also his vocabulary is pretty advanced. We have laid the group work for this language, why would we stop? He enjoys our time together and all the studies support signing for a much longer time.”

There are 3 million babies born every year and it’s estimated that 10% of this children may have some sort or degree of a communicative disorder.  When asked about signing after speech begins Bronwyn Sutton explains, “Yes, I have too. My daughter has speech delays, and at almost 4, she still signs what she wants. Though she is now learning to say what she wants.”

Claire Miller, of Grafton, Massachusetts is a mom to two toddlers and also a Speech-Language Pathologist. When asked will she sign with her children after speech develops she remarks, “Yes! With my 21 mo. old twins we have continued to sign (a lot) even though their spoken vocabularies contain a few hundred spoken words. When I don’t understand their spoken utterances, they will add sign to clear up the communication breakdown (which helps prevent meltdowns). It also helps to reinforce new concepts or differentiate between words that sound the same but have different meanings”.  Another Speech-Language Pathologist, Genie Curti-Ruddle agrees with the idea of signing after speech develops, “Having another language at such a young age is another gift you can give to your child.”

A baby doesn’t learn to speak by going from one word to full sentences. Using sign language as speech develops and is fine tuned will help young children to play with language and it will help them clarify communication attempts.  As any parent to a toddler knows, if you can avoid frustrations by being clearly understood, it’s a good thing! 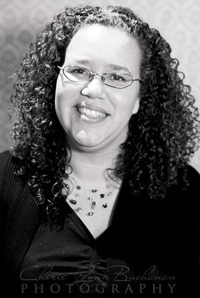 Sara Bingham is the founder of WeeHands and the author of The Baby Signing Book. WeeHands is the world’s leading children’s sign language and language development program for babies, toddlers and preschool children. Sara completed an honours Bachelor of Arts in Linguistics at the University of Ottawa, and has earned a Bachelor of Arts in Psychology from Carleton University. In addition, she has earned an honours post-graduate diploma from Georgian College, as a Communicative Disorders Assistant.

Sara has been studying American Sign Language (ASL) since 1991 with the Canadian Hearing Society, the Bob Rumball Centre for the Deaf in Toronto and at Durham College in Oshawa, Ontario. She also teaches at Durham College within the Communicative Disorders Assistant program and is a retired group leader for the parent support group, Attachment Parenting International of Durham Region. Sara is the mother of two, and a frequent contributor to parenting magazines and baby-related professional websites. She lives in Brooklin, Ontario.