Preparing your dog for a new baby 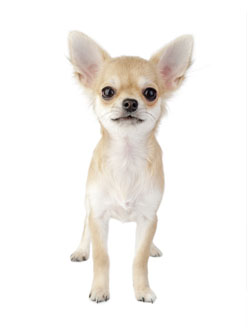 •  Adjust Fido’s Hang Time: Since you will be spending so much time with the new baby, help Fido adjust to spending less time with you before the baby’s arrival so that the change does not feel so drastic

• De-stress Fido: Try to foster a closer relationship between Fido and a different family member who will be less occupied by the baby, which will help to keep Fido from getting stressed from the detachment

• Neuter Fido: If Fido has not yet been neutered, be sure to do it before the baby arrives, as it can be a quick fix to calm him

• Correct Fido: Address any behavioral problems that Fido has before the baby arrives; if Fido tends to nibble, work to direct his attention to different objects, so that he will be less likely to go after the baby, which Fido might see as a new toy/playmate

• Groom Fido: Get Fido accustomed to nail trims, as this can be dangerous around a new baby and Fido will need to have short nails after the baby is born; Fido will probably want to look his best when meeting the new baby, too!

• Socialize Fido: Encourage friends with infants to visit your home, so that Fido can adjust to babies and baby-related noises; play recordings of a baby crying, or turn on the baby swing, so these types of movements and sounds become natural to Fido

• Limit Fido: Install baby gates before the baby arrives, so Fido can begin to learn the limits of where he can roam within the house

• Put Fido Down: Carry around a swaddled baby doll, to get the pet used to something (other than himself) being carried around in your arms

Heidi Ganahl is the CEO & founder of Camp Bow Wow.