Potty Training – Will Only Move Bowels in a Pull Up 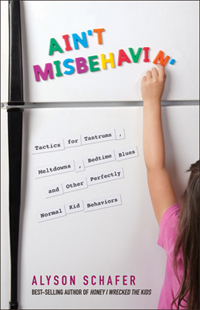 A common parenting complaint is that the potty training is going fine—no accidents. But then I hear: “Rebecca has been dry for months now. However, there is one little problem. She refuses to poop in the toilet. She doesn’t have accidents, but she asks to have her pull-up on for bowel movements. These things are costing me. If she knows she has to go and can ask for a pull-up, surely she can just go use the toilet!”

For some, peeing in a toilet is fine, but pooping is not. It could be that they don’t like the potential for a splash, or the feeling of “letting go” in such an open environment. Maybe they want to see what they have done without it “disappearing around the bend.” It’s hard to get into their mindset, but we have to respect that if they are not interested in pooping in the toilet yet, that’s okay. They will some day—and that day will come sooner if we don’t push them. Some children prefer standing up as their pooping position.

This is how they’ve been doing it to this point in their life. Turns out that standing allows the pelvic floor muscles to be engaged, and that makes standing a better position than sitting with feet dangling off a toilet. (If your child is using the big toilet, have a stool for her to rest her feet on while perched on the toilet seat, so she can activate those muscles that require planted feet.)

Simply allow it. Go with it. Remember, we are just the support team. Tell them that if they need to poop, they can do that on the toilet or in a pull-up, but not in undies that need washing. (“You decide for you!”) Many children will choose to switch quickly from undies to a pull-up or diaper, poop, then back to the undies. I know, it sounds fruitless. Such a waste of a pull-up to catch a poop and be thrown out mere  moments later. Yet, I think you’ll find that a few weeks of that routine will move them through this transition stage more quickly than any other tactic.

Pick an end date. Perhaps you could say, “What date would you like to choose as your No More Diapers Day?” Or, if you feel it might work for your situation, you could let them know, “This is the last package of pull-ups in the house. I won’t be buying any more after this.” Sometimes the child accepts the situation and decides she had better find a different way.