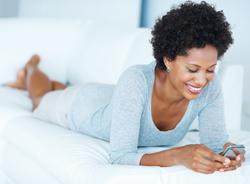 Let’s face it, if you’re a Mom with a newborn you may as well give in and embrace the world of Twitter, and chat online at 2am instead of watching those infomercials. If you haven’t entered the world of Twitter yet, make this year the year to get online and in the know. Worried about what to expect? I’ve prepared a handy round up of all the Tweets you’ve been missing this past year, as they relate to kids, house, home, and husband, so you’ll be caught up.  Ready? Here we go:

And because the New Year always has us thinking about resolutions – things we will stop and start doing to have a better year – I’ll let you learn from my mistakes and share my own personal twi-resolutions on what to stop:

1. Tweeting out any remarks, photos, or comments that in any way suggest a nine year old boy is still “cute” or “adorable”. He’s a Jedi Warrior (awww how cute is that?).

2. Tweeting out any type of bodily function that any children have. It’s really not necessary. This type of things goes on ALL THE TIME. (The functions, not the Tweeting.  Ok, both.)

3. Tweeting out something that describes a situation that is unfortunate, but happens to all of us, and then ending it with “That.” For example “You know when it takes you 8 hours to make dinner and the kids eat it in 2? That.”  I know, right? Boring. That.

Run out of things to say? No worries. You can always Tweet about what you just bought on the Home Shopping Channel at 2am. A “Tweep” will then back you up on it, and convince you to grab a glass of wine while you’re doing it.   Because that’s the way we Tw-roll.

Kathy Buckworth is an award winning humour writer and television correspondent on parenting.  Read Funny Mummy every month, visitwww.kathybuckworth.com, and follow Kathy’s own Twi-venutres on Twitter at www.twitter.com/kathybuckworth