My Journey: Coming to Terms with my son’s Autism Diagnosis 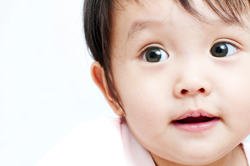 I’ll never forget the day I heard the psychologist utter the words. “Your son has Autism and Global Developmental Delay”, and the relief I felt in hearing them. So relieved, as a matter of fact that I almost wished I had a bottle of champagne to pop open. Yes! Now doors would open. Now we could get him the help he needs. The shock on my husband’s face was one that I had worn a year before however, when our pediatrician had looked at me and delivered the news that my son has autism with the words, “Your son has autism. I’m so sorry. He’s such a beautiful child.” She was shaking her head as if it was the worst thing in the world, and at that time for me it was. Only a small voice inside me, who had been incessantly reading anything I could get my hands on about autism in the months prior to his pediatric visit, screamed, this can’t be the end. We’ll just have to get him help. I didn’t know how hard that would be or that there was no guide to help me, but at least I had started the journey, the journey to help my son get better.

I had waited a long time to have these words spoken out loud by a professional, exactly two years, to be precise. My son was three and a half years old before my husband and I had our suspicions of his delays confirmed to us by the psychologist that June day. By the time he was a year old, I had noticed that he was not developing typically. He was still crawling and had only learned to sit up completely on his own at nine months. He did not cruise until he was fifteen months old either. When he did start doing this, he stayed in this mode until eighteen months, when one day he just took off across the room and didn’t look back. He was also not talking much, barely saying the few words he had at his disposal, Mama, Dada, Baba (meaning grandma in Ukrainian, for his maternal grandmother), Nonna, (for paternal grandmother), along with wawa (for water), so you could say I was worried. He is my first and only child however, so many well intentioned people and professionals told me that I was being overly protective, worrying too much and that I should just let him develop at his own pace. But I began seeing my friends’ children who were the same age or slightly younger, reaching milestones that my son hadn’t. He was, and still is, a happy and good-natured child. He also has OODLES, and I mean OODLES of energy, and sleep has never been his forte. He doesn’t want to miss a moment of excitement or potential excitement. This helped me enjoy him, even in the scary early days when I would be playing with him and seeing him not quite engaging with me, or doing weird things like spinning, eating books, and watching TV standing up and jumping around for no apparent reason. Fortunately, however, I prayed hard to God, and I know He heard me. I ended up finding all the right people one by one, who helped me learn how to play with my son and engage him on his terms. Then it all fell into place.

I have some sad memories from those early days, but thanks to the help I found in my community, many more happy ones took their place. I now help comfort other parents going through the same thing. I know what it feels like to see your world falling apart before your eyes, and wondering how you can make it better. It’s even worse because it’s not happening to you, but to your child. There is hope. Parents helping parents. Community support. Strength in numbers. This is where my journey began.

Joanne Giacomini is a fiction and poetry writer, who has also taken to writing many poems and non-fiction accounts of her amazing son, who happens to have autism. She was a stay-at-home Mom for the last seven years, but has recently returned to work part-time as an ABA/EIBI Therapist with autistic children between the ages of two to six years old. She still loves to volunteer at her son’s excellent adapted school on the Parent Committee, and is active whenever she can be in a wonderful community organization in her municipality which helps individuals with intellectual and physical disabilities, as well as individuals with autism achieve their full potential.  There she served as a Parent Facilitator for a time, and has helped many Moms (and been helped tremendously), when she attended their monthly meetings called “Coffee Breaks.” Parents helping parents is the motto she lives by.