The Great Outdoors Proven to help a Child’s Development, but are we getting out enough? 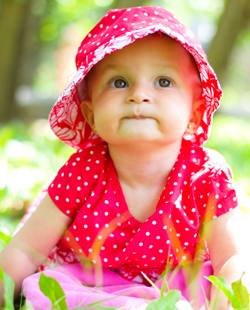 Many studies over the years have proven the benefits that nature can have on a person’s well-being however according to research at the University of Cornell, it may be more crucial in a child’s development than we once thought. Their research has proven that access to nature and wildlife, even if it’s only houseplants, can help children deal with stress and adversity. The study was published in the American Journal of Public Health and also stated that, “exposure to ordinary natural settings in the course of common after-school and weekend activities may be wildly effective in reducing attention deficit symptoms in children”.

It’s not a new premise however that getting outdoors can have positive effects on an individual’s mental health although worryingly according to a recent study by JCB Kids, children in today’s modern society would rather watch TV, play computer games or do inside chores than to go outside and play. It also emerged that 44% of parents wish their children played outdoors more often with 54% seriously worried that they don’t get out enough. Sam Johnson, a spokesperson for JCB Kids said “Playing outdoors is so important for children – not only to help them stay active and healthy, but also to socialize with friends – and create those treasured childhood memories which we look back on so fondly.”

Fiona Reynolds, Director-General of the National Trust has also been researching Nature Deficit Disorder, a term coined by Richard Louv to describe a growing dislocation between children and nature, and has her own views on the matter. She said:

“Getting outdoors and closer to nature has all sorts of benefits for our children. It keeps them fit, they can learn about the world around them and most of all its fun.

The University of Essex has been one of the leading organizations in the fight to get not only children, but people of all ages outside and Jules Pretty and Jo Barton have delved further into the topic focusing on dosage, likening the outdoors to a prescribed medication. Pretty said:

“For the first time in scientific literature, we have been able to show dose-response relationships for the positive effects of nature on human mental health.”

Their research looked at a sample of 1,252 people and measured the effects that outdoor activities such as walking, gardening, cycling, fishing, boating, horse-riding and farming had on their mind set. The results showed that the largest effect on self-esteem came from a five-minute burst in a green area proving that taking the dog for a walk or having a small break outside can drastically improve your mental health.

“We believe that there would be a large potential benefit to individuals, society and to the costs of the health service if all groups of people were to self-medicate more with green exercise” says Barton.

Medical professionals are realizing how important exercise outside is for the body and mind as more and more credible studies are pointing to the same conclusion. Some even value outdoor activity to be just as powerful as medicine, especially when treating mental health problems; however the public are not as aware. According to a survey conducted by mental health charity Mind, 58% didn’t not know that GP’s sometimes prescribe exercise sessions and activities as an alternative medicine.

This points towards one simple fact, the time to act is now. With only 10% of children playing outdoors compared to 60% 50 years ago, it rests upon the parents to encourage their children to get outside and set an example for their kids. By getting children interested in the outdoors at a young age whilst they still find everything interesting and adventurous they will be more likely to carry their interest into later life and reap the benefits which the great outdoors can offer. Upon launching their children’s outdoor toy range, House of Fraser delved deeper into the topic and interviewed some parenting experts to find out how they get their children outdoors, they recommended the following activities.

1. Katherine Lockett has a background in special education, early years childcare and is the founder of Creative Playhouse; she suggests going for a nature walk:

“Playing outside is so vitally important for young children; not only for their early learning and skill development but for their emotional and physical well-being. Being outside for a large proportion of the day promotes better sleep, better moods and therefore a better capacity to learn and take in the world around them.

“As summer draws near, kids and parents become very excited! Keeping the kids entertained within the walls of your house can be a daunting task, especially if the weather keeps us in a confined space for days on end… Crafts have a developmental and educational value in having creative fun, too!

It’s a well-known fact that children learn through play and experience; having fun is a key element in the development of a happy and confident child.”

Monica proposes making some Painted rock pals with your children. Collect some different sized rocks, let the kids paint them in different colours and stick on some googly eyes!

Monica suggested creating Rock Monsters with your children. Let your children collect some different sized rocks, paint them and then stick on some googly eyes!

You can read the full post featuring more fun activities for children on the House of Fraser blog here.