Let Mom Be The Judge of That 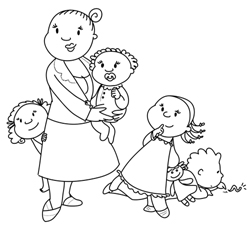 When Peter MacKay, the Minister of Justice and Attorney General of Canada, and notably, father of one, made the comments that “women don’t apply to be judges because they fear the job will take them away from their children”, and that “children need their mothers more than their fathers”, (according to the Toronto Star), with one fell swoop, he handed successful working women some more unnecessary guilt, and made Dads everywhere feel marginal, or even, optional, during the first few years of a child’s life. (I’m thinking maybe MacKay shouldn’t go after the Stay At Home Dad Vote in the next federal election.)

There are fewer women than men in every executive office and position of power; that fact is indisputable and statistically easily proven. But continuing to perpetuate the notion that a woman can’t be as successful, or shouldn’t be as ambitious simply because she has a child, versus her male counterpart, is ridiculous. Has MacKay heard of Sheryl Sandberg? Marissa Mayer? These aren’t the only two successful women in the world, although it seems like it sometimes, but they are the epitome of what women, not entirely defined by their motherhood, can succeed.

MacKay’s comments hit the news just as Nancy Vonk and Janet Kestin’s “Darling You Can’t Do Both” book hit the shelves, which deconstructs the many “rules” women have to break to find success in the corporate world. Vonk and Kestin are legends in the Canadian advertising world, and their experiences with gender discrimination and sexism ring true to many, including me, having worked in corporate marketing departments through the 90’s. I had hoped that the next generation of women (women like Sandberg and Myer) wouldn’t have to suffer through the same misogynistic setting.

In the early 90’s, I was employed as a product manager at a bank, and as I crunched numbers in a monthly budget meeting, was called out to pick up my child from daycare, as she was running a fever of 102. When I returned to the office the next morning, my male manager pulled me in to his cubicle and asked me when he should be concerned that my family was more important to me than my job. Isn’t everyone’s family more important to them than their job? Was this a Mother Issue? Does it mean that as a woman we can’t have a family and be a judge, or a vice president, or a product manager?

I started looking for another position, at other organizations. I was being considered for a job at another bank, and the Senior Vice President asked me if I was married, and if I planned on having more children. I advised him that I didn’t have to answer that question (I had two children at the time). His response? “I know I’m not supposed to ask you that, but I assume you want the job. Do you realize that this a real job, not girls playing house?” I didn’t pursue that job, although I did make a stop at the Human Resources department on the way out. He’s still at that bank; he’s been promoted several times.

“It’s not fair”, said a manager in her sixties, sitting next to me at lunch one day. “Back in the 1960’s when I was your age I couldn’t have a family and keep a good job at the bank. They made us resign when we had children. I had to choose. I think you should have to choose too.” I think Peter MacKay would have liked her.

These situations happened over 20 years ago, but it pains me that still, today, men in positions of power, who can get media attention, not only make comments like Peter McKay did, but ultimately, that they themselves believe them. Regardless of the fact that perhaps mothers may  have a more biological and emotional role to play in the formative first years of their child’s life (a fact many would dispute), it in no way indicates that they are not capable of doing whatever they want, and need, to do, to be successful and happy. And we all know when Mom’s happy, everyone’s happy, right?

The blanket statement that “women don’t apply” perpetuates the myth that all women, and by definition, are a homogenous group. They’re not. Not all women like to shop, spend hours on Pinterest, bake cupcakes or breastfeed. Just the same as not all men like sports, hardware, and excel in laundry avoidance.

Remember, it’s only work if you’d rather be somewhere else. For the ambitious and successful women who have a passion and talent for what they do, the jobs aren’t taking them away from their children; they’re taking them on a path of professional and personal fulfillment. Can’t we choose to do that without being judged or perhaps even choose to be a judge?

Kathy Buckworth’s latest book “I Am So The Boss Of You” is available at bookstores everywhere.