Learning to be Lucky 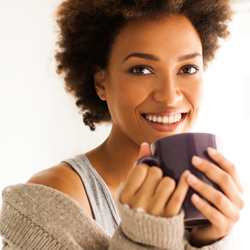 “You’re lucky your kids listen to you.”

As she said this to me, I had to think about what my appropriate reaction should be. It could go a couple of ways. First of all, I’m not entirely convinced that my children listen to me when I’m regaling them with stories of my work day, the new chicken recipe I’m thinking of trying out, or the reasons why that woman down the street annoys me so much. In fact, I know they’re not listening then, because they give me what I call “The Mommy Nod”. Moms invented the Mommy Nod. When the kids are telling you about their friend’s super funny dream, or what they had to do to reach the next level in a video game, or what a YouTuber just posted, we give them the nod. We’re not listening, but we’re acknowledging that they’re in the room, and they’re not saying anything we disagree with. But it’s just boring. Like them with me, and the chicken recipe.

“I didn’t know I wasn’t supposed to leave my skateboard in the front hall. You didn’t tell me.” My 16 year old daughter complained as her father threw it outside onto the driveway. I didn’t tell her that TODAY. She gets told this every day, but obviously chooses (often) not to listen.

But back to the circumstance that led to me being accused of being lucky, I was being told this as I mentioned my teenage children go to bed at 9 and 9:30, on school nights, while many of my friends with kids the same age were complaining that their kids were staying up late into the night.

Which led to her remark about me being lucky that they listened to me. Am I? Do they? Let’s break this down: First of all, I do think my kids are a little bit afraid of me. Not afraid I’m going to abuse them in some way if they don’t listen to me. Not at all. But afraid I’ll take away some of the things they like best – a phone, a best friend sleepover, a Sunday dinner choice – or add something they don’t like best – folding the laundry, taking out the garbage or cleaning the front hall – yes, absolutely that scares them.

“It’s good when kids really like something”, said my 13 year old son who has obviously been listening to me, on at least one occasion, “Because then it’s easy to figure out how to punish them.”

Yes, yes it is, my friend. But I don’t have to threaten punishment every time I say to them “it’s your bedtime.” The inherent punishment and balance of power (me, I win) is always there.

“My kids drive me crazy because they borrow my car, pick up all their friends, bring them back to our house and party until midnight.” A woman complained to me the next day.

“Tell them not to.” I replied. She looked at me as though I were absolutely crazy. “Just an idea”, I muttered. When I told my kids about this exchange, they said “Why does she let them borrow her car?” and “Why doesn’t she just tell them to go to bed?”

Ah, maybe they won’t listen to her. She’s not lucky that way.