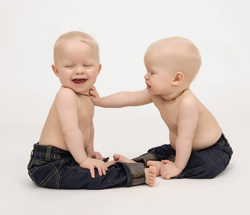 The beaked hazel, often referred to as “hazel tree” is a species of shrub indigenous to Quebec, and widely spread across Canada. Hazel tree bark has been used in North America for thousands of years. Native American tribes used hazel tree bark in different ways to heal the body. For example, the Iroquois prepared a tea from its branches to heal dental pain. The Ojibwas used its roots, mixed with other species, to heal pulmonary hemorrhaging. The Potawatomis used the inside of the bark in traditional remedies just as they used willow bark, where the derivative of acetylsalicylic acid, better known as Aspirin, was discovered.

Pure Hazelwood has developed the first line of hazelwood commercial products for the whole family. Hazel wood has antioxidant, antibacterial and anti-inflammatory effects and can also help with eczema, psoriasis, acid reflux, migraines, digestion and constipation. It is recommended to wear the necklace in contact with the skin for the best results.

It’s very healthy to wear hazelwood right now. The next time you see a baby with a pretty hazelwood necklace on, now you know that it’s not all about style, but mostly about holistic healing.