The Art of Deception

Visit a local bookstore and you’ll see that the cookbook section is filled with several variations of the theme of “Deceptive Cooking”. Loosely defined, parents are apparently being told to disguise good, nutritional food in fun and exciting ways, in order to convince their fussy eaters to switch over from “bad food” (for example breaded, greasy pre-formed objects which require plum sauce), and instead eat broccoli, yams, and various other “good” foods which are ground up, stuffed, and shape shifted into eye catching delights for toddlers. And I thought I was tricking them by putting that ketchup smile on their Kraft Dinner. Am I the only one who thinks that this new approach is taking things a bit too far in the Pandering-to-Children-World that we live in? Not only does it neglect to teach children about which foods are actually good and/or not bad for them, it has to be causing Moms and Dads a huge amount of extra effort. This method of feeding children is only for the very rich (i.e. Jerry Seinfeld’s wife Jessica, who wrote the bestselling of these books) who don’t spend anytime changing toilet rolls, looking for lost hockey equipment or stitching up that favourite rabbit, OR, for those with extreme amounts of spare time on their hands (those Moms who hand make 30 little Valentine Cards, for example.)

Parenting experts have long told us not to become short order cooks in your own house – feed the kids one thing for dinner and if they don’t like it, they don’t eat. This works for me on many levels – first of all I only cook one meal, secondly the kids know they are going to be served food that they don’t like on occasion, but that they have to literally suck it up anyway, and thirdly, that they are given the opportunity to learn about new foods and try new foods. I have four children: One of them a pseudo-vegetarian, one of them a growing teenage boy who advises the others to “drown everything in hot sauce”, another child who loves my cooking almost as much as she loves to wipe food all over her face and then on her sleeve, a six year old who can use up a half a bottle of salad dressing on one piece of cucumber…and a 44 year old who won’t look up from his BlackBerry long enough to take in the fact that he’s actually sitting at the dinner table and not still on the GO Train. At this stage I’m not so concerned with disguising food as much as I am with simply dispensing it. I only have a rota of about a dozen meals that I can get to the table in an edible format anyway, between driving to the hockey games, the violin lessons, the mall, and oh yes the grocery store…yet I think the result is more positive than stuffing tiny pieces of broccoli into french fry wedges and pretending they’re swords with emeralds. Why

My kids routinely expect to be served something they don’t like, so anytime it’s a meal they actually like, I’m Mother of the Year. They have gone from saying “What crap is this?” to “Oh not this crap again!” When we go out to a restaurant, or to a friend’s house for dinner, I’m not madly trying to manoeuver the Brussels sprouts into the centre of bun and pronouncing it “Baked Boogers” (for the five year olds), or “EarthDay Surprise” (for the teens). They know precisely which foods they like, and which ones they don’t like. And can describe in wonderfully descriptive and imaginative ways in which the offending food resembles poo.

The biggest food related deception we have going on in my house is that until the kids start eating meals at other Mom’s houses, actually believe that my cooking skills are adequate. I have deployed a much more organic approach to the deceptive cooking philosophy. Make the food, serve it up, and then pull out the “Doesn’t that cloud look like a ship?” approach if necessary. Come on, kid – doesn’t that sprout actually look like a green Bacugon? Well then you just can’t be that hungry. 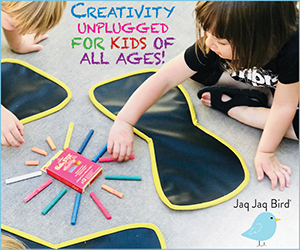